Since 2011, we are offering CNY goodies to raise fund for Chloe’s medical and daily needs. We have been buying from our cousin during CNY but never really think of selling them to raise fund. The idea came about when we received very good feedback that the taste was very good.
It has helped us raise some funds for her future medical needs when we may have exhausted all means of 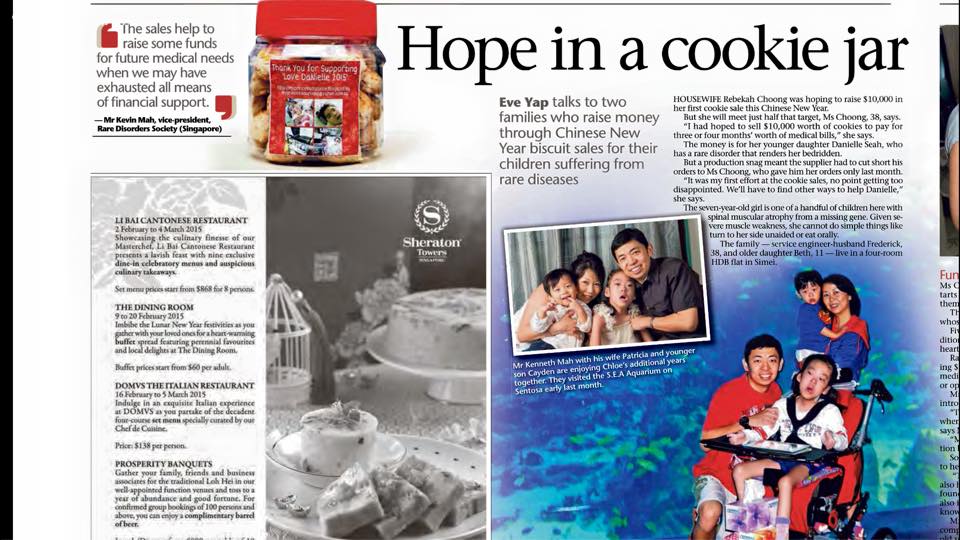 financial support. While there is medical insurance, it covers only on her hospitalisation but not on medical consumables, therapies and educational needs. Also, her medical expenses increase exponentially as she grows and will eventually hit the claim limit. Other forms of help which we received through the medical social worker are also temporary measures that will eventually cease. By then, we will very much be on our own. Hence, wherever and whenever possible, we always think of ways to help ourselves and also plan for the future. This cookie not only helps us raise funds for rainy days, it also helps raise awareness of rare diseases. It also helps to showcase our efforts to help ourselves and not be entirely dependent on others for aid. It makes people more aware and willing to help us in various ways.
The baker for the pineapple tarts and cookie is our cousin who is also supplying to several 5-stars hotels along Orchard Road and Marina areas. These goodies are handmade by him over at his shop and they are very tasty.
We feel that it’s more meaningful to raise fund for Chloe through this initiative and we hope to receive your generous support!
During 2015 CNY, we also helped other family to raise fund for their daughter who was diagnosed with SMA disease. This had caught the attention of the media and we were featured on The Straits Times newspaper.
It’s been a fantastic couple of years but all good things must come to an end. We like take this opportunity to express our sincere gratitude to everyone who ordered the CNY goodies from us before.
Hope there will be a chance for us to re-launch this campaign again! Until then, stay healthy and safe! 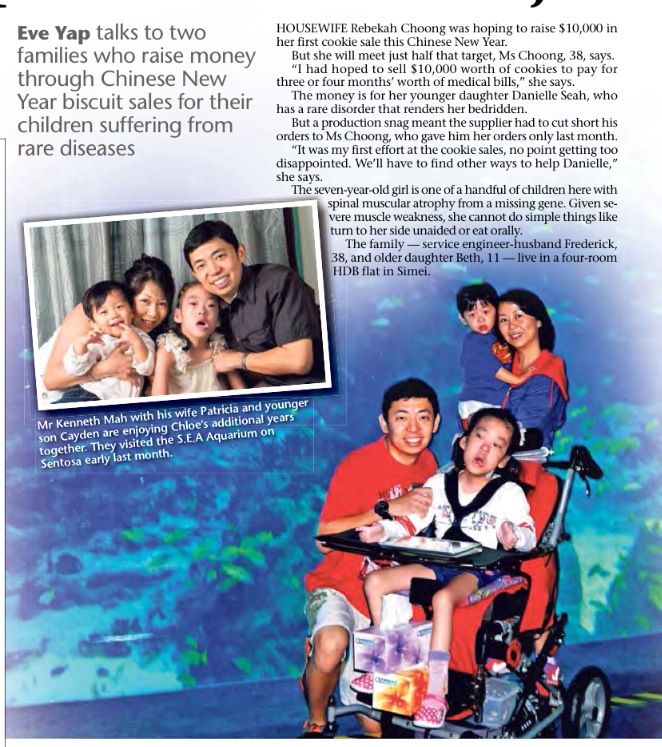